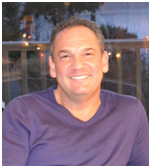 Dr. Cahana is an Affiliate Professor in Anesthesiology and Pain Medicine and a Professor in Science, Technology, Education and Health Studies at the University of Washington. He served as Chief of the Division of Pain Medicine and was awarded the American Pain Society (APS) Center of Excellence; the Joint Commission on Accreditation of Healthcare Organizations (JCAHO) Best Practice; the World Institute of Pain (WIP) best comprehensive pain program; The Puget Sound Community Healthcare Champion and received the Honorable Mention for Innovation Health Care of the Association of American Medical Colleges (AAMC).

Dr. Cahana is a decorated combat medical officer in the Israeli Defense Forces (IDF) and currently serves as a subject matter expert for the Department of Defense, the Veterans Administration, the State of Washington and US congress. He holds degrees in Bioethics, Philosophy and Theology and received in 2012 the University of Washington President’s medal for remarkable leadership and service. He is active in contributing to State and Federal legislation, which already reduced opioid related deaths in the State of Washington. He has appeared with President Clinton on CNN Sanjay Gupta, NBC Nightly with Bob Bazell, PBS, NPR, TEDx, New York Times, Women’s Health, People Magazine and is currently writing his first book: ‘Badvice: Why I almost died and how I found my inner hero’.