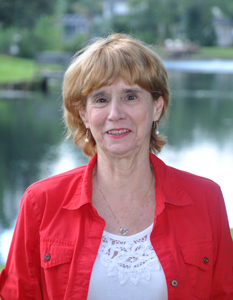 Marianne became involved in the OxyContin epidemic in 2002 when her daughter, Jill was prescribed the dangerous opioid for back pain and died.  Marianne then began a journey at learning everything she could about the criminal marketing of OxyContin by its manufacturer, Purdue Pharma.  She ultimately connected with the U.S. Attorney’s Office in Virginia and worked with them at exposing Purdue Pharma.  She was asked by US Attorney John Brownlee who prosecuted the case to testify at Purdue Pharma’s sentencing in July 2007 where they pleaded guilty to charges of misleading physicians and patients.  The following week Marianne was asked to testify in front of the U.S. Senate Judiciary Committee about the conviction of the pharmaceutical company.  Subsequently as her research into the continued criminal activities of Purdue Pharma and the FDA’s lack of response to the health crisis in prescription opioid/heroin affecting the U.S. and Canada, she became an investigative reporter.  Marianne writes for two newspapers Salem-News.com and Global News Centre.com. and is an outspoken writer covering the unprecedented addiction and death of victims of opioids and heroin.