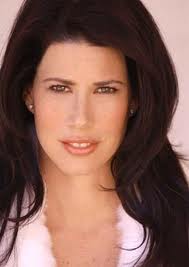 Melissa’s acting career has included film, theater and television. She is best known for her seven-year role as Carol on NBC’s award-winning political drama The West Wing.  Her film roles include, This is Not a Test, Simple Things, Monument Avenue, Frequency, and Love and Sex.  Most recently she starred in the series, Chasing The Hill.  Earlier in her theatrical career, Melissa starred in the Los Angeles premiere of Graham Reid’s modern Irish classic, Remembrance, with James Gandolfini, produced by Sean Penn.

Off-screen, Melissa is widely recognized for combining her love for theater and film with her passion for activism. Melissa is co-founder of Voices in Harmony, a non-profit mentoring organization that uses theater to work with underserved teens. In 2007, she traveled to war-torn Northern Uganda to bring the Voices in Harmony program to former abducted child soldiers and other teenagers affected by the region’s brutal rebel war. The experience opened her eyes to the lingering impact of war. In 2011, Melissa co-executive produced Halfway Home, a documentary featuring Vietnam veteran and former U.S. Senator Max Cleland and Silver Star recipient and Iraq and Afghanistan veteran, Sgt. Tommy Rieman, joining other veterans in recounting their experience in war and their struggle to reintegrate and recover upon returning home.

In November 2013, Melissa Fitzgerald joined Justice For Vets as its new Senior Director, an organization that is having a profound impact on the lives of veterans and their families.  Melissa is bringing national attention to the need for expansion of Veterans Treatment Courts, which give veterans a second chance when they find themselves involved in the criminal justice system due to addiction or mental illness.