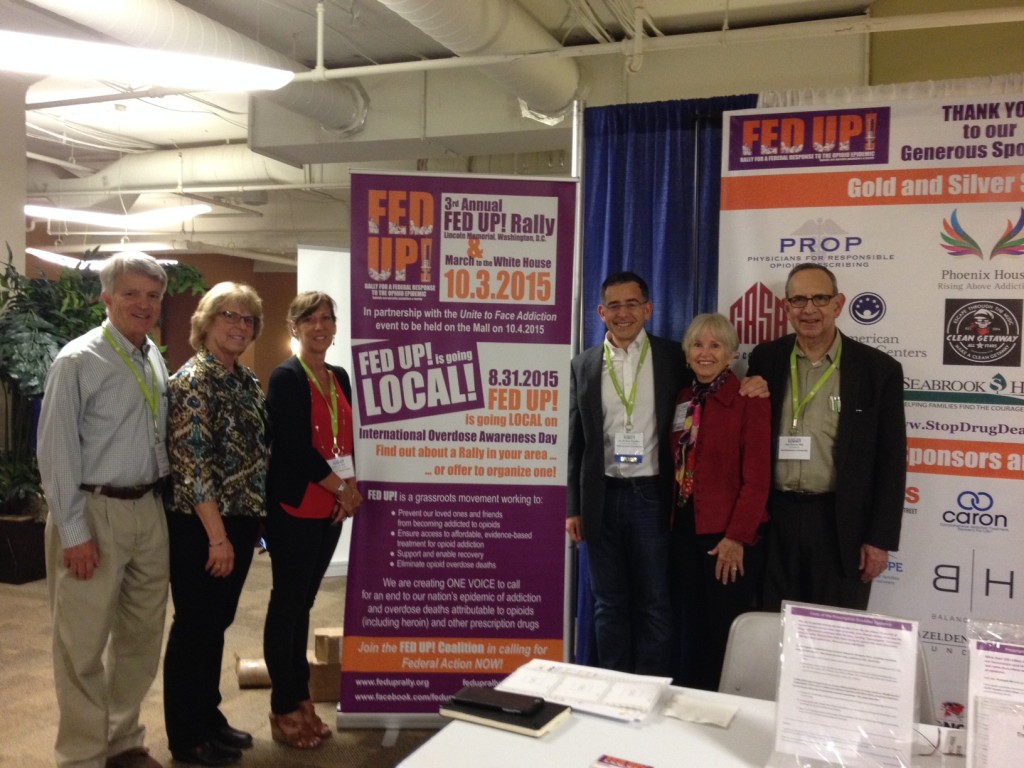 The FED UP! Coalition had a booth in the exhibit hall at the National Prescription Drug Abuse Summit April 6-9th in Atlanta.  There was great interest from the 1400 attendees as volunteers distributed information about the 2015 FED UP! Rally at the Lincoln Memorial on October 3rd and the local rallies being planned around the country on August 31st, International Overdose Awareness Day.

Below: Bill Rummler with Patrick Kennedy 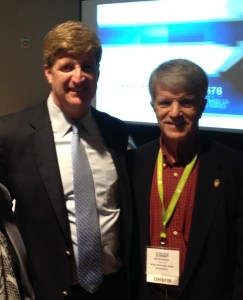 Last September, FED UP! sent a letter to Sylvia Burwell, the U.S. Secretary of Health and Human Services, asking her to pursue leadership change at FDA. Our letter was prompted by FDA’s approval of a steady stream of new opioids, concerns about serious conflicts of interest in the analgesic division and FDA’s failure to enforce the Food, Drug, and Cosmetic Act (FD&C), a law that prohibits marketing of drugs for conditions where risks of use may outweigh potential benefits. If FDA were properly enforcing the FD&C, drug companies would not be allowed to promote long-term use of opioids for common problems like low back pain.

We were very pleased to learn yesterday that Dr. Margaret Hamburg, the Commissioner of the FDA, submitted her resignation. We do not know if Secretary Burwell requested her resignation or if it was voluntary. Either way, this change makes us hopeful. Under new leadership at FDA, we stand a chance of finally seeing public health prioritized over the interests of pharmaceutical companies. But we also know that this will not happen without continued pressure from advocates like you.

We also learned this week that President Obama earmarked $100 million in his 2016 budget for the opioid crisis. We are pleased that for the first time his administration is asking for funds to address the opioid crisis but unfortunately this funding is very little, very late and is unlikely to stem the rising tide of opioid overdose deaths. We are especially disturbed that only a small portion of the proposed $100 million is for treatment of opioid addiction. Until treatment is easier to access than painkillers and heroin we believe opioid overdose deaths will remain at historically high levels and heroin will continue flooding into our communities.

2014 FED UP! Rally was a HUGE SUCCESS! – 2,000 IN ATTENDANCE!
Thank you to all who came to join in our call for immediate federal action to end the epidemic of addiction and overdose deaths!

On Wednesday, September 22nd, we issued a letter to Secretary Burwell.
View the Press Release or read the Burwell letter here.